Lord Pashurama was the son of Sage Jamadagni (Bhrigu dynasty) and Renuka(daughter of King Prarenjit). He was the youngest son of Jamdagni and Renuka. There are four elder brothers of Lord Pashuram ji – Rumanvant, Sushen, Vishva and Vishwavasu.

Lord Pashuram ji filled five ponds with their blood in Samant panchak district. Then, Saint Trichik asked Parshuram to stop doing this. Later, he gifted the Earth to Sage Kashyap and he then went to Mahendra Parvat.

Lord Parshuram ji was devoted to Lord Shiva. He was a great warrior and had intense knowledge. He had anger issues also. In anger he broke ganeshas tusk.

His original name was Ram. Pashuram ji got mystical weapon that is Prashu from Lord Shiva, due to which he got popular as Pashuram. On this day, Pashuram Shobha yatra is performed. Is is believed that he was born to free this world from the pride and unfair treatment from the Kshatriyas.

Devotees on this day should do workship of Lord Vishnu to seek his blessings. Lord Pashurama ji restored peace and dharma on the earth. 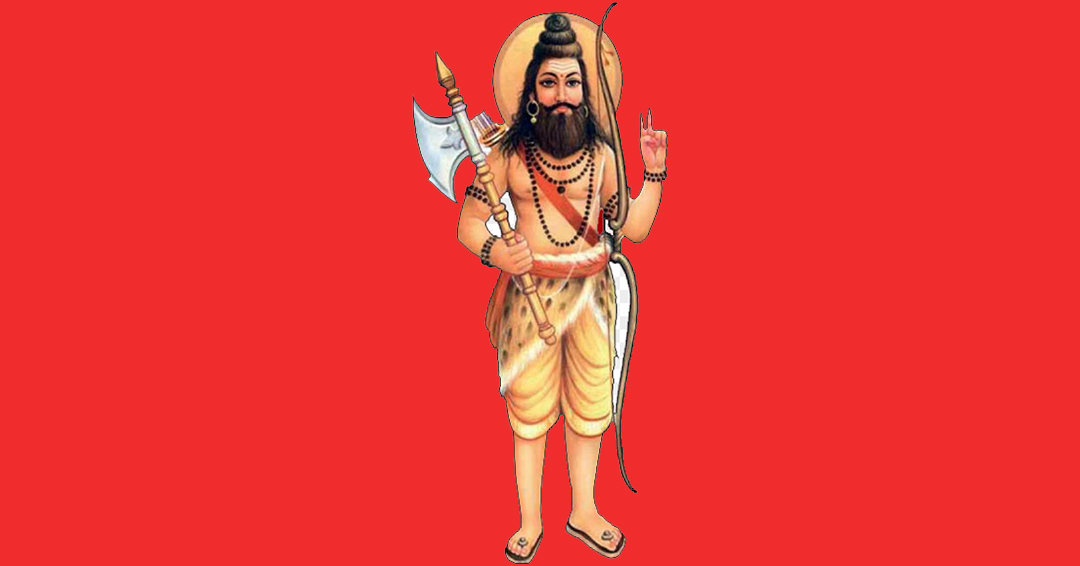 As per Hari Vansh Purana, Mahishmati Nagri was ruled by King Kartaveerya Arjun (Sahastra Bahu) of Haiheya dynasty. He was very bad and cruel king. Goddess Earth went to Lord Vishnu to seek protection as she was disturbed by the cruelties of Kshatriyas. Then Lord Vishnu promised her that he would be born as a son to Jamdagni and will destroy the kingdom of Kshatriyas. So that’s why Lord Vishnu Incarnated as Parshuram ji.

Read exactly what all donations and pooja you can do

Lord Pashurama ji is Sixth avatar of Vishnu. His Other Names was Bhargava rama, Ramabhadra. His main weapon was Axe.

Lord Pashuram ji killed his mother as per his father order. One day Pashuram’s mother went to river to fetch water. Then she got attracted to price and she desired his company. She lost her all senses. Meanwhile, her husband was waiting for her to come back for his fire sacrifice. Later her husband got furious as he came to known about his wife adulterous thoughts by his meditative power. Them he ordered his son that is Pashurama to kill his mother.

Lord Pashurama ji was afraid of his father. He thought if he will disobey, his father is not going to leave. On the other hand to kill own mother is a horrible sin. His father also ask to kill his disobedient son also as he ask his elder son to kill his wife which they denied. Then he ask finally Lord Pashurama to do this task.

God Pashurama ji knew it if he would obey his father decision, he will get boon. Then he did and he ask his father gave him boon. Then Lord Pashurama ji in return ask for his life of his mother and elder brother. His father Jamadagni, got pleased and brought his wife and disobedient son back to the world.

Lord Pashurama ji knew his father power well that he can bring them back. His mother and brothers got their life back and they didn’t remember what all happen actually.