She fall in love with him and wants to marry that guy. Is it a right decision for her? Will they marry? I advised her something in past. Did she followed that advice? In this article, I have shared below.

In this we will see why person falls in love relationship and why? I have shared some Astrological Parameters behind it:

Every human being has some desires in their life.By the help of Astrology and Tarot, we can clearly know ones ambition. If you want to see person desires and Personality by Tarot, read this article –

How Astrologer gives prediction of Marriage Life in Astrology by Dasha(Period):

To read more – Will the native have good or bad married life? How to see the Promise in Birth Chart.  Click his link –

She is facing many problems in relationship. Why and what are her desires? Reason I am sharing below.

Guy always broke up with her.

Result of Moon in Ascendant(Lagna) –

Astrologer should consider Moon Sign as Moon is the mind and hence it plays a very vital role in Marriage Life Prediction in Astrology. 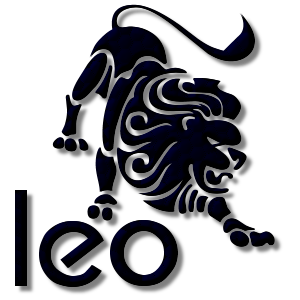 She dated a guy and has broked with him many times. With Dasha(Planetary Period), expect ups and down in Married Life.

Both the dashas(planetary period)  shows that she will get involve in relationship which may be equivalent to married life.

There was possibility of her getting married but will she get married? But look at what upcoming dasha(period) unfolds.

Now lets see what predictions can be made for her future married life by Astrology.

She broke with him. But why ?

By Char Dasha that she was running Pisces – Virgo Dasha

Above both dasha clearly shows troubles and possibility of facing many issues and challenges in married life like relationship.

She was in living relationship with him.

Role of PD’s in marriage life prediction in astrology

She broked up during above dasha and during dasha of Moon and Ketu she came in relationship again.PD’s play important role)

She broked with him in the PD of Rahu. But why?

She came to know that her boyfriend at same time was in relationship with other girl.

Good PD, she came back in relationship. Check out below:

I warned her in advance also, the guy you dating is not good and not a reliable person. Inspite of guiding her by Tarot and Astrology also, she didn’t listen to me. How I said that wasn’t a right decision and on what ground, he may cheat her.  Read this article by Tarot –

Relationship came to an end. Check reason below:

With help of Char Dasha in Astrology, astrologer could easily predict of her marriage liked life coming to an end.

Transit that shows chances of Marriage Life Prediction in Astrology

Outcome and Story for Married Life Prediction by Astrology

I told her in advance that this guy will cheat you and he is not a reliable person. Her birth chart clearly shows lot of struggle and conflicts that she is going through, hence this relationship didn’t last for long. When she asked him to marry her, he denied and left her. He came in relationship with other girl again. Unfortunately, she took a wrong decision and now she regrets. He cheated her in the past also.

See by Tarot Cards how i gave her prediction that this guy will cheat you again like he did in the past and why he will cheat again – https://tarotschoolofindia.com/love-tarot-card-reading-5-card-tarot-spread/

You can read my other Tarot articles like how to read tarot cards , 5 card tarot spread, Celtic cross tarot spread, Personality Tarot Spread with detailed examples in my blog section. With the help of Tarot, Tarot reader can answer questions related to love and marriage(will i and my lover marry to each other, my relationship with my wife/husband in future), education queries like (will my son/daughter get admission in desired college), career prediction (like will I get job in this company etc), medical related query (when I will get recovered from health issues). I have shared all cases with help of Tarot and Astrology.  Articles on Top 10 Tarot cards which may symbolizes success, happiness and prosperity in career, finance, love(relationship) are also there on my website. For all my articles can check my blog – https://tarotschoolofindia.com/blog/