Rise in Career by Astrology

In this article, i have share Astrological Parameters for Rise in Career by Birth Chart and Solar Return Chart. Yes, with the help of annual chart we can see which year one may have rise in career within the boundaries set by the Natal Chart. Let’s look the the Horoscope where Virender Sehwag did very well in particular year. Let’s read his Rise in Career by Varshphal Chart.

Astrological Parameters for Rise in Career in a Horoscope

Astrologer can examine Rise in Career in a chart on following basis. Planet placed in the tenth house or Tenth house lord dasha if they are well placed, then one may expect rise in career.

First there should be Promise in Birth Chart follow by the Dasha. We can reach to closer date with the help of Solar Return Chart. Generally one see rise in career in the Dasha of Tenth house lord or if any strong planet placed in the tenth house in birth chart.

From June 2002 to june 2005, he was going through the Antar Dasha of Venus under the Maha Dasha of Rahu.

28 March 2004 made triple century against Pakistan. 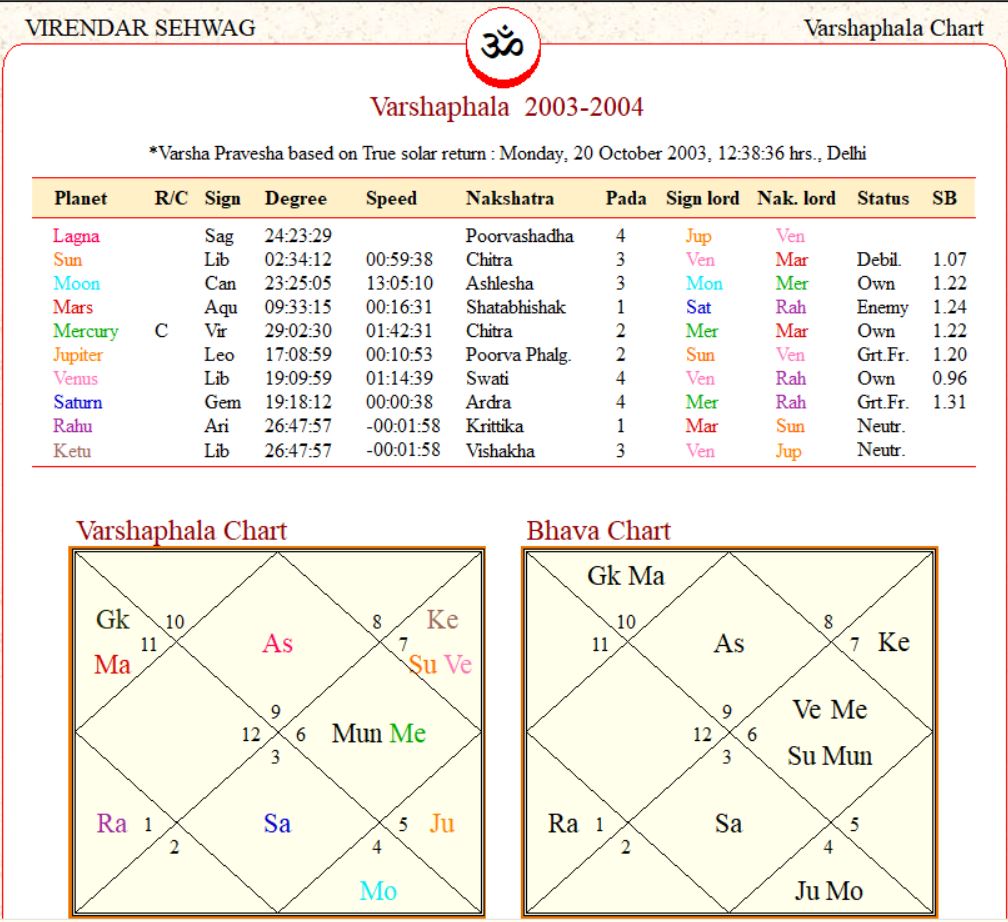 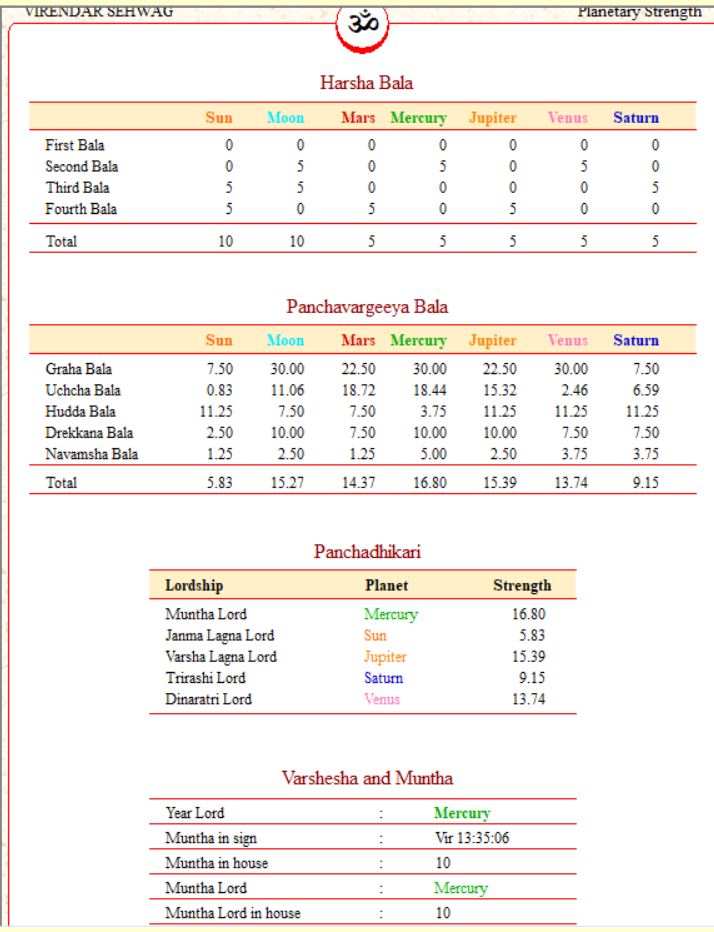 In Birth Chart, we see the Vimshottari Dasha and in Solar Return- Varshphal Chart, we use Patyani Dasha. 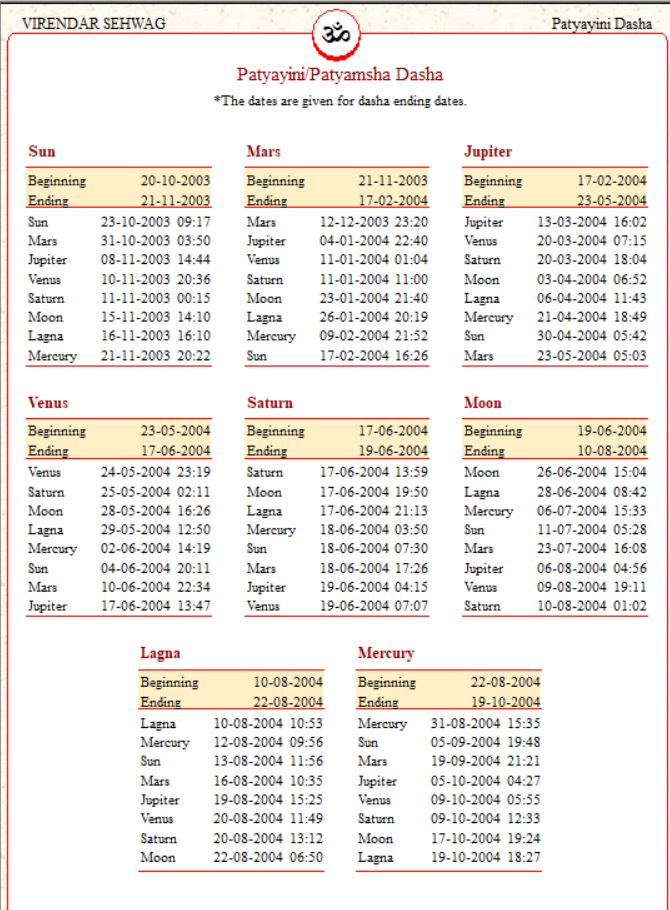 Against Australia in India, he made one more century where he scored 155 runs 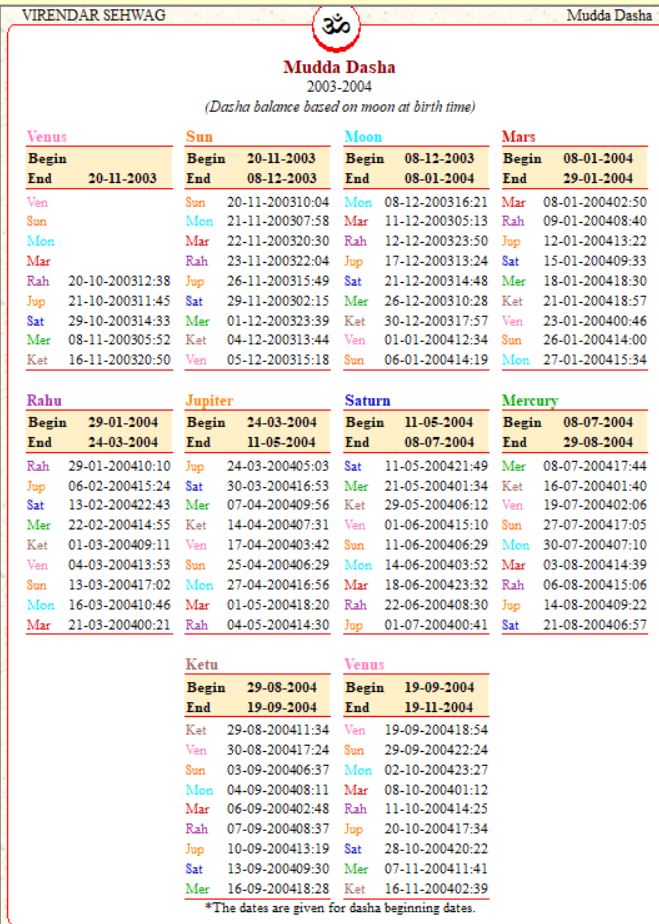 AntarDasha Lord Mercury is placed in the own sign in tenth house. Virender Sehwag made 195 runs against Australia.

Ascendant lord Dasha of Solar Return Chart he made triple century against Pakistan. This Ascendant lord is in auspicious house – ninth house and is involve in a Raj Yoga.

We can see clearly Rise in Career even with the help of Annual Chart.