Seven of Swords is one of the negative minor Arcana cards. This is the card of dishonesty and cleverness. This article – Seven of Swords got pubished in magazine – Jyotish Satya with Title – Should i give property on rent to him.

7 is the number of spiritual development, change, mystiscm, secrecies etc.

The Seven of Swords shows a man sneaking away from a military camp with a bundle of five of swords in his arms. A person here is running ahead and looking backwards. It’s a strange posture running ahead and glancing back. Apparently person in the picture is doing something which he knows he should not be doing but still attempting to get away with it in any manner.

Two other swords remain planted in the ground just behind him. The military camp here in the background symbolizes the rules and laws that he is breaking. His expressions exhibit a sense of over-confidence.

Keywords for Seven of Swords:

Here i am sharing keywords for the Tarot Card – Seven of Swords:-

Meaning of Seven of Swords:

Seven of swords is a negative card since its a card of incompletion, dishonesty and deception. A plan you made may not work out as you intended. This card indicates doing something unexpected.

Seven of Swords tarot card denotes someone is moving forward in less than honorable ways that’s why running ahead and glancing back. There is often dishonesty connected with this card, and trying to get away with something or trying to get out of something by lying.

Don’t become your worst enemy by ignoring the truth or not facing the reality. Be aware that others may be trying to put something over on you or may be damaging your reputation in devious ways. This card may indicate involvement in illicit endeavors also.

Don’t allow others to take advantage of you. Don’t run away from the truth of this card. There may be dishonest people around you, someone who may be trying to deceive you in some way. You are deceiving yourself by not facing the truth or not taking the right action.  Mistrust and unnecessary secrecy are more likely to lead to isolation than to security. This is the card for thieves.

This card is that which demands you to examine yourself and your own behavior.

This card gives a hint that you may be trusting someone who has secret plans and having his own agenda and has false motives and you might be unaware of it. So that’s why you have to be very cautious of it.

The 7 of Swords can point to someone who is behaving with less than ethical intentions.

This card asks to be little careful and not to trust others fully and try to understand their motive with patience. This card denotes incomplete efforts also.

Below, you can read advice for seven of swords when it comes in future position. Advice card comes in advice position in 5 Card Tarot Spread.

This question was asked by one of my client. Card which came for that party was 7 of swords.

I told them not to give property on rent to him. He said his father knows him from many years and as per him they are good, genuine and solid party.

But still he will try and convince or convey this message to his father. Later on I came to know that they gave property on rent to them.

After few months, problem started. Dispute took place between them for some reasons and then court case notice came. That party was giving rent on time to them in starting of few months but later they had some arguments and that party later on did not used to give rent on time. And finally both of them after sometime cancelled the agreement after settling down the dispute matter. Remember in the beginning of this card I wrote incompletion and Dishonesty. So the rent agreement of three years could not be completed.

Seven of Swords in yes/no Tarot Reading is No. 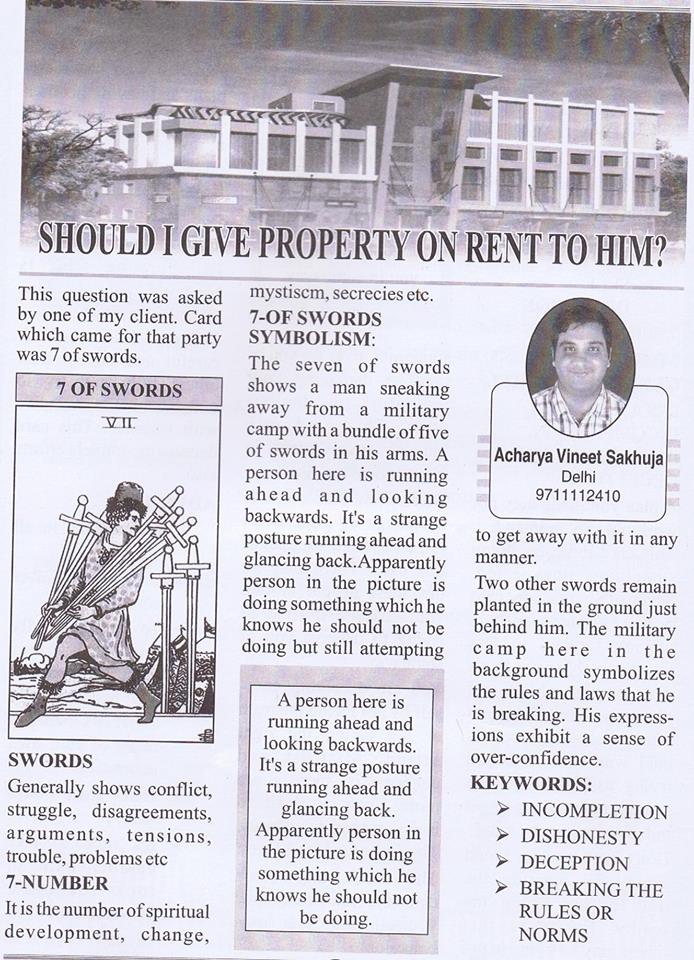 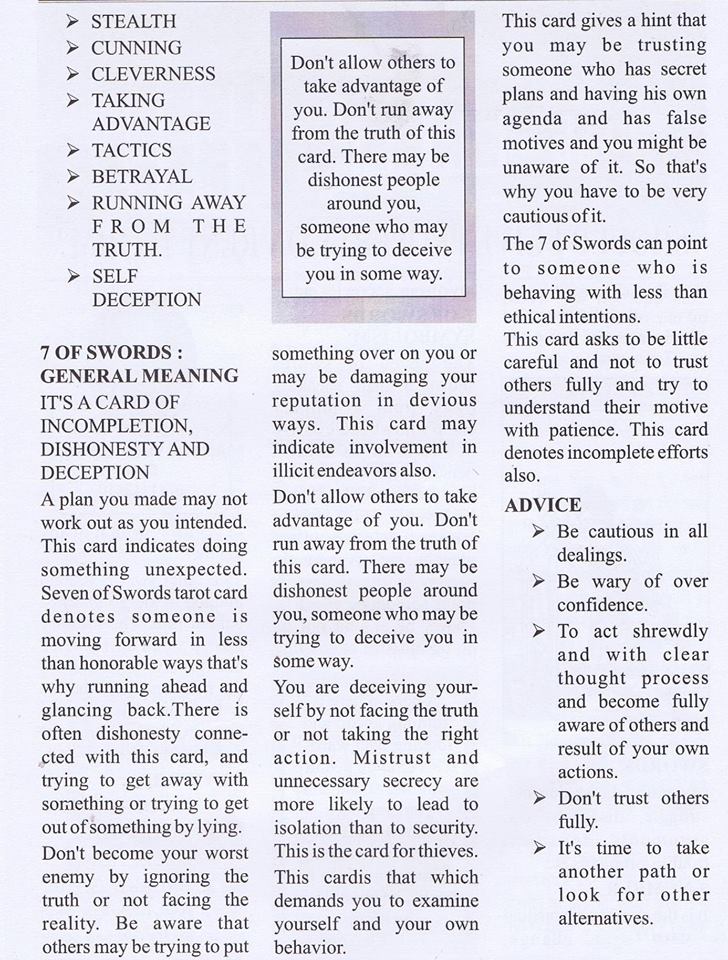 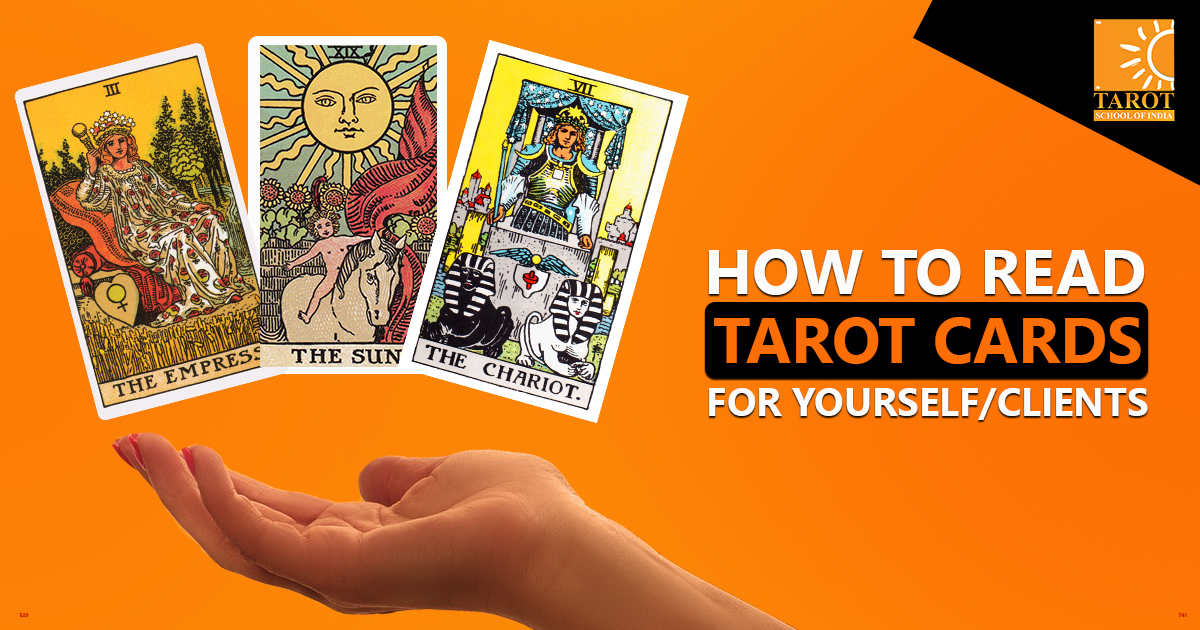