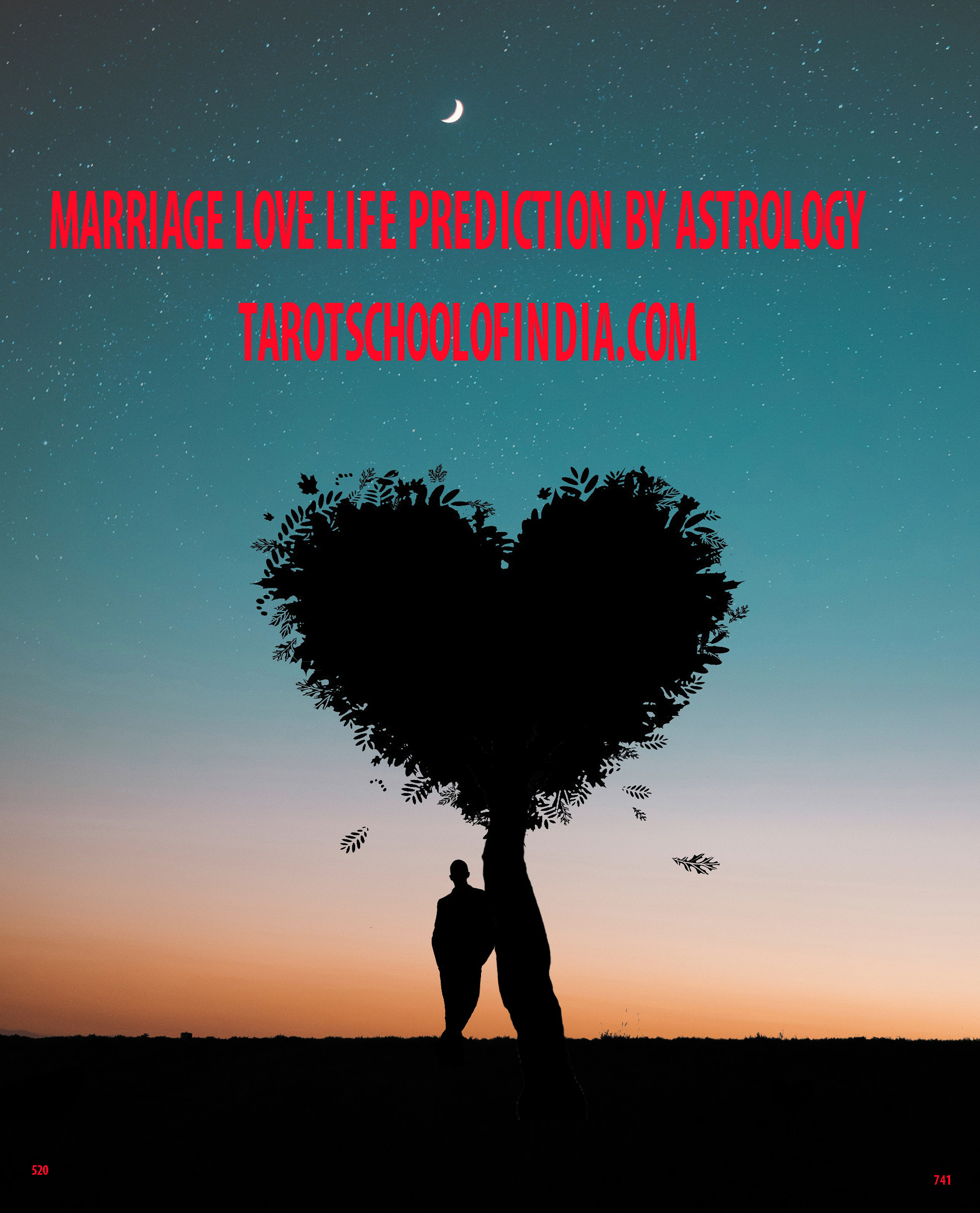 With help of astrology, astrologer can give prediction of how will be love marriage life for the native. Astrologer considers first promise in birth chart and using concerned divisional chart, karkas(significator) to see promise whether native have good or bad Marriage Love Life. Then with help of dasha, astrologer can  predict ups and down in Love-Marriage Life, hurdles that native may across in his/her relationship life.

This lady took online prediction of her Love Marriage Life by Astrology and Tarot. I am sharing here case by Astrology. In this article, I have shared her questions and predictions that i have to her along with astrological reasoning. If you want to read prediction by Tarot for same client, click this link below –

Prediction of Love-Marriage Life by Astrology

This lady got married 11 years back and she was curious to know what will happen in her future Love Marriage Life by Astrology and Tarot.

Promise in her birth chart for her Love Marriage Life

See the promise in her birth chart – what it indicates good or bad Love Marriage Life by astrology. Does it indicate happy or unhappy marriage life?

Role of UP- Pada (UP) in Prediction for Love Marriage Life:

To see quality and even timing of Love Marriage Life, astrologer should use UP Pada(UP) which is very important and one should not ignore it while giving prediction.

I told her that  there are lot of hurdles and issues in her love marriage life and there is problem of commitment and some other major issues.

Why there are hurdles in my Love Marriage Life?

To give any predictions in Astrology, astrologer should use Jaimini principles. Dara Karka where placed in birth chart, aspect it gets of which karkas and placement of Dara Karka in Navamsha Chart gives clue regarding Love Marriage Life. Let’s see hurdles using Jaimini Astrology.

What actually going in her love marriage life:

Astrological Reason for her husband coming back in her love marriage life?

She was surprised when i said , husband may come back in your Love Marriage Life. Why i said – See the Dasha

In Astrology, Astrologer can predict things which at times native forgets to share. I gave her prediction of her recent past related to her Love Marriage Life and Career. Dasha that she went through –

(Saturn-Venus Dasha is one of the peculiar Dasha)

Please Predict about my Immediate Future- Whats going to happen

When native is curious to know her immediate future- Astrologer can see and predict whats going to happen next by using Dashas. Let’s see what her upcoming Dasha guides:

Important points for Dasha of Planet placed in the Third house:

Saturn is Maha Dasha lord. It’s placed in the third house in birth chart which is twelfth from the fourth house and aspects the twelfth house also. Third house is the house of journey and home travel also. During dasha of planet in Third house or third lord one can change their residence but other factors should also be seen.

Astrological Reason for being homeless:

To see parameters why and when one change their residence by astrology with chart , read this article –https://tarotschoolofindia.com/fourth-house-change-of-residence-d-4-chart/

Please Predict more about my Future by Astrology

She was curious to know what’s store in her future life. By Astrology, Astrologer can give prediction of any event. I said I am sorry to say but upcoming Dasha that is Time Period – Shows disappointment whether it’s in finances, home wise, career or be even in relationship. Her husband came back but again he still drinks a lot and all is not well between both of them even now. He was too alcoholic  earlier also.

Is there any approach that you can suggest by Astrology?

To follow the approach, one may take hint from Astrology using Dasha –

Know Hopes and fears in her Love Marriage Life by Astrology

Even this question can be answered by Astrology, Astrologer can predict hopes and fear in Love Marriage Life after considering birth chart promise and with help of Dashas.

Astrological Reasons for above hopes and fears

In Above paragraph, what are her hopes and fears is discussed. I am sharing here hints and reasons behind it by Astrology.

Please tell about my Overall Love Marriage Life by Astrology

It means she has to put efforts over a long period of time. Finance is also very vital in relationship and there is a possibility that both may need to work hard on earning and saving money. They need to pay attention to minute details for making married life more joy able and better/wonderful. You may need to support your partner financially.

Astrological Reason for her financial issues in her Love Marriage Life:

Overall promise and dasha we have already discussed before.

Why i predict her Love Marriage Life as disturbed by Astrology:

Here are some astrological parameters on which behalf i gave prediction that she has disturb Love Marriage Life.