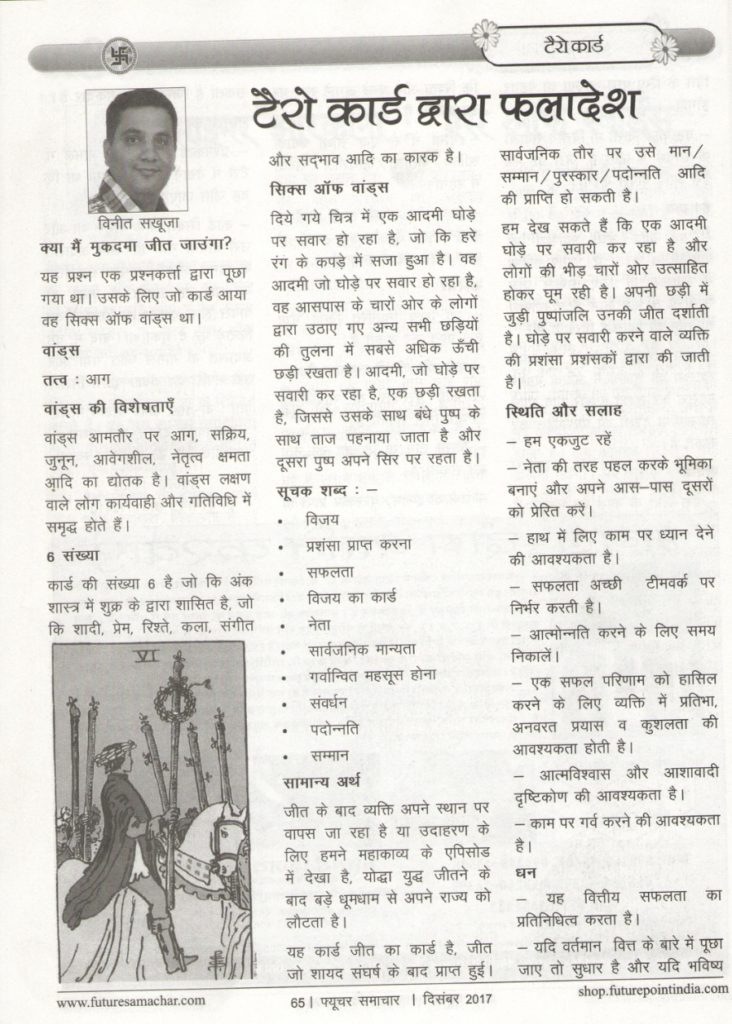 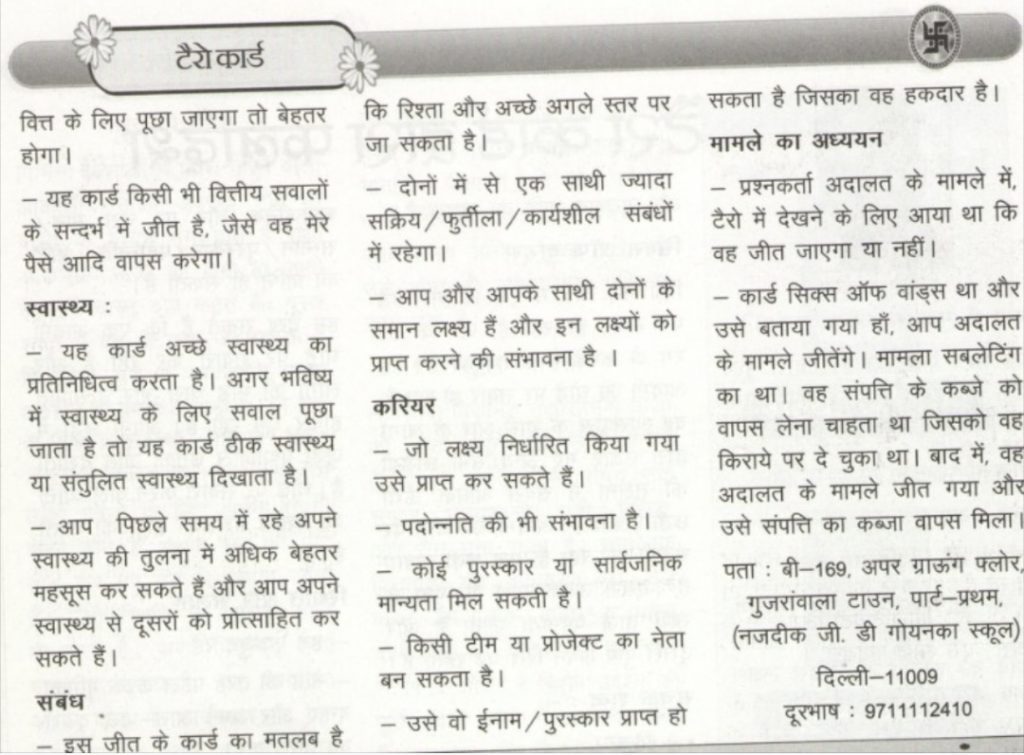 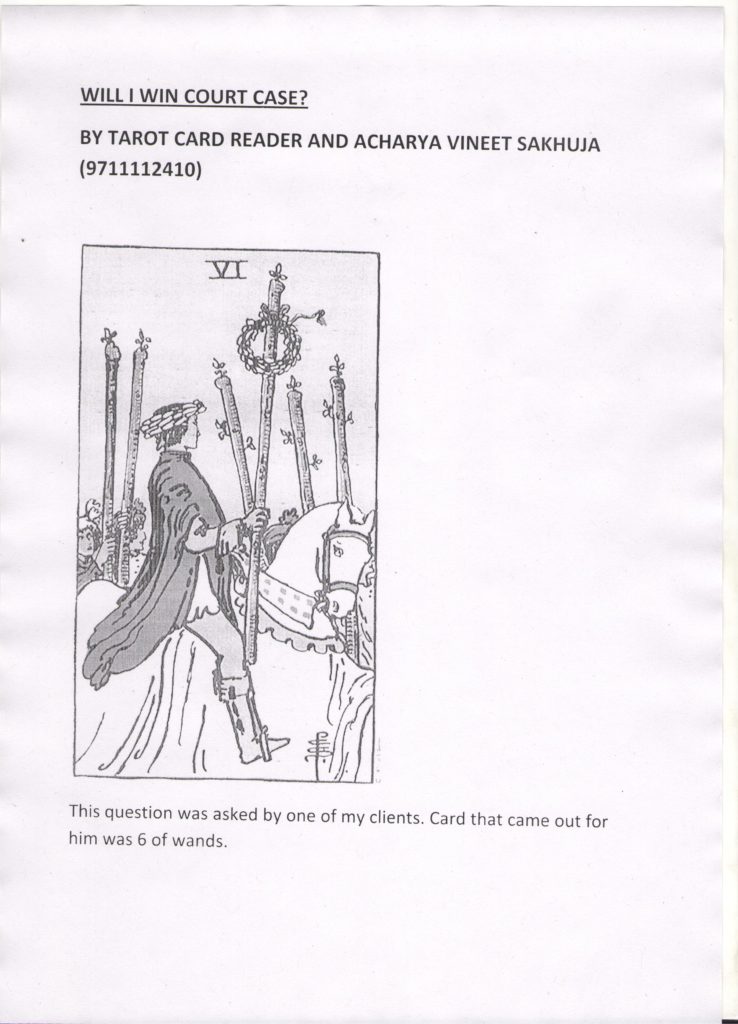 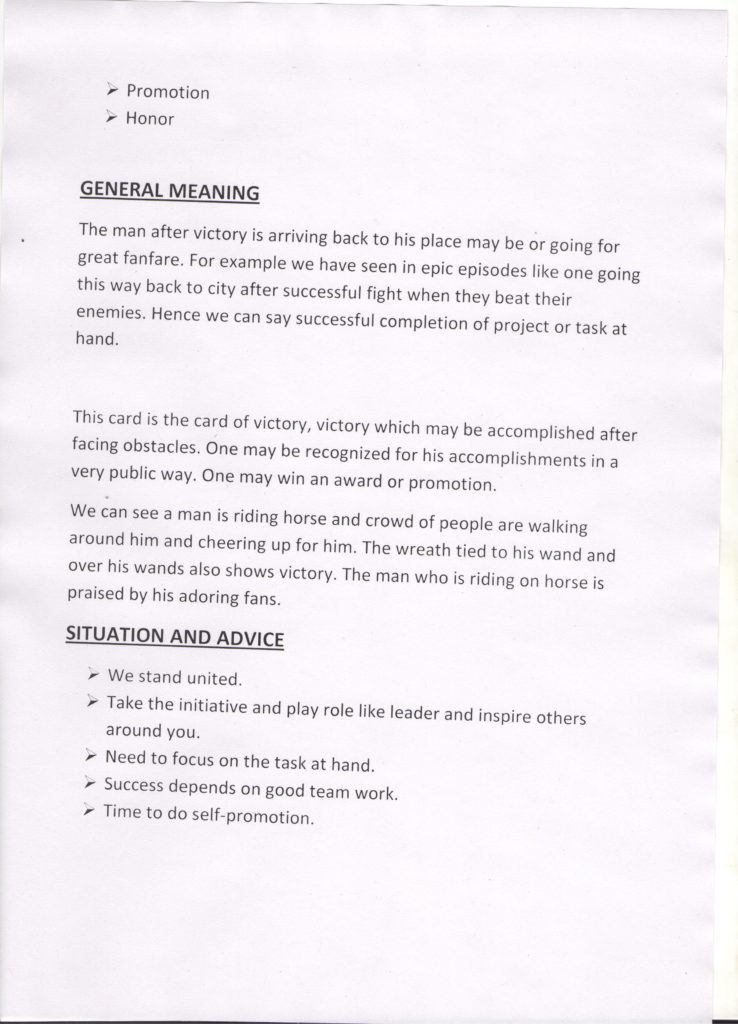 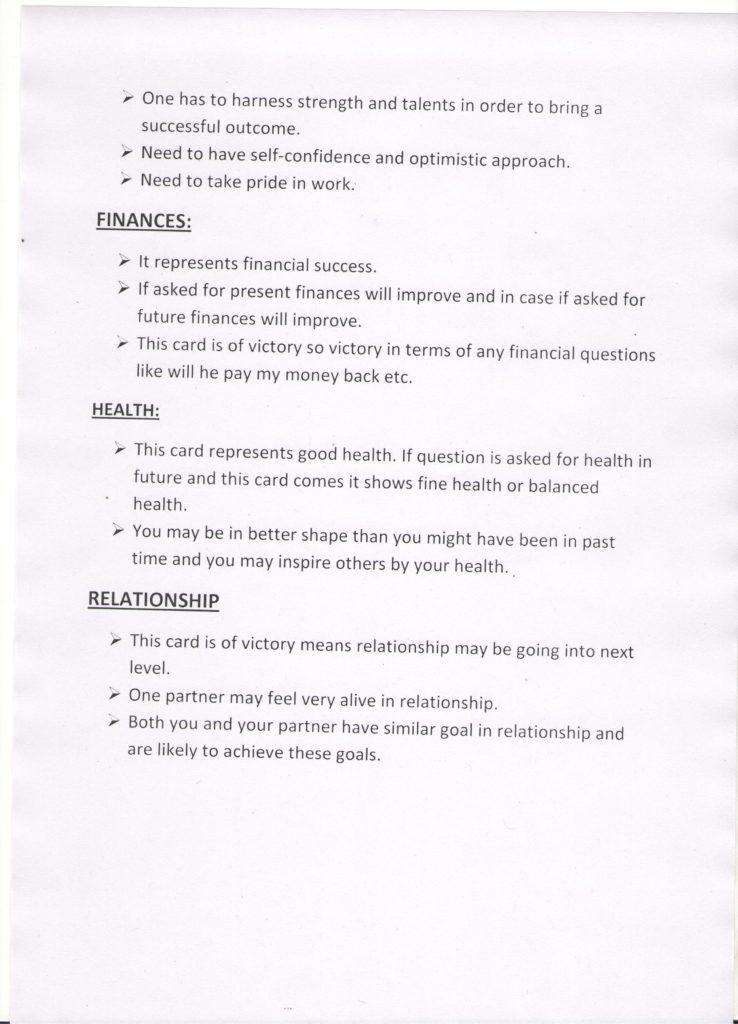 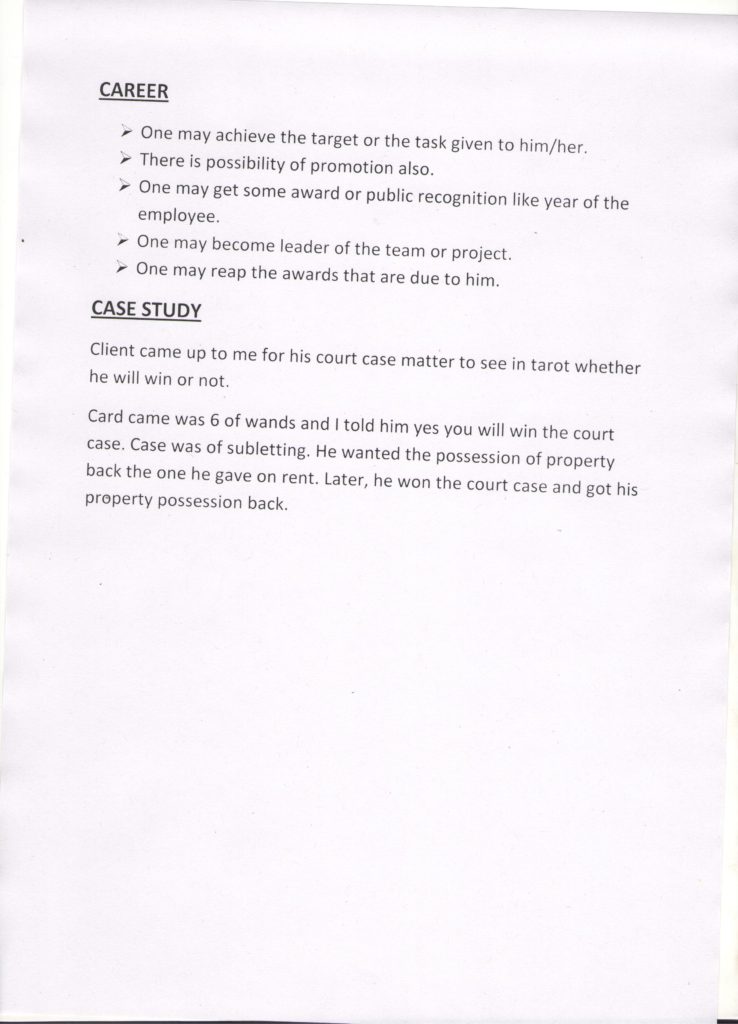 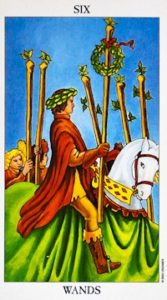 This question was asked by one of my clients. Card that came out for him was 6 of wands.

CARD Number is 6 which in numerology is ruled by VENUS which is the karka of marriage, love, relationships, art, music, harmony etc.

Here a man is riding on a horse which has been covered in a green cloth. The man who is riding on horse, he holds the highest wand as compared to all other wands being raised by people around him who walk beside him. The man (who is riding on horse) holds a wand which is crowned with a wreath tied to it and another wreath rests on his head.

The man after victory is arriving back to his place may be or going for great fanfare. For example we have seen in epic episodes like one going this way back to city after successful fight when they beat their enemies. Hence we can say successful completion of project or task at hand.

This card is the card of victory, victory which may be accomplished after facing obstacles. One may be recognized for his accomplishments in a very public way. One may win an award or promotion.

We can see a man is riding horse and crowd of people are walking around him and cheering up for him. The wreath tied to his wand and over his wands also shows victory. The man who is riding on horse is praised by his adoring fans.

Client came up to me for his court case matter to see in tarot whether he will win or not.

Card came was 6 of wands and I told him yes you will win the court case. Case was of subletting. He wanted the possession of property back the one he gave on rent. Later, he won the court case and got his property possession back.

Check out my Articles

How to Read Tarot Cards – https://tarotschoolofindia.com/how-to-read-tarot-cards/