One of the most negative Tarot cards is The Tower Card. When this Major Arcana tarot card comes in tarot card reading – expect the unexpected, rapid and major changes in life. Card no is sixteen(16). Sixteen(16) is the number which is karmic in nature and speaks of restlessness, challenges in our lives that compel us to make changes.

In the above picture in The Tower Tarot Card, we see two people fall from a blazing tower which has been struck by lightning. A crown topples from the roof of the tower and one of those falling still wears a crown. The tower which has been hit by lighting and is in the point of collapse. Grey clouds are here that are misfortune and troubles. In this card, Black sky denotes Loss of horizon and troubleful time. Change in an unexpected and external manner. By look on face of man and women, they had no idea this was coming, had no time to save their possessions. Lightning strikes and flames burst from the building’s window.

Keywords for The Tower Tarot Card:

Here are the keywords for this major aracana card – The Tower Card. Tarot beginners should remember these keywords while giving predictions to querent.

Meaning of The Tower Tarot Card

The Tower Tarot Card is one of the major arcana cards among 22 Major Arcana cards .

Tarot Card and Astrology are interrelated. The Tower Tarot card is associated with Mars, a planet that’s bold, courageous and daring.

If question is related to finance/money and The Tower card comes in tarot reading in such question, then  expect some major changes unfortunately on the negative side.

The Tower card in heath tarot card reading indicates bad time for the health of the concern querent.

The Tower Card in Career/Work reading:

When the Tower Card comes in Career/Work Tarot Reading then,

The Tower Card in Love/Relationship/Marriage in Tarot Card Reading:

In case of Love/Relationship/Marriage Tarot Card Reading, if this card “The Tower” Tarot Card comes expect some shocking news in your love life.

One of my clients came and asked a question : “Will I get job in this company?”  Card came for that question –  “THE TOWER CARD”

He told me he will come to know after certain days may be like 8 or 10 days.  Unfortunately, he didn’t got the job in that company. He  was highly disappointed as he left some other job offer reason being,  he wanted to work in this very reputed company that he asked for. 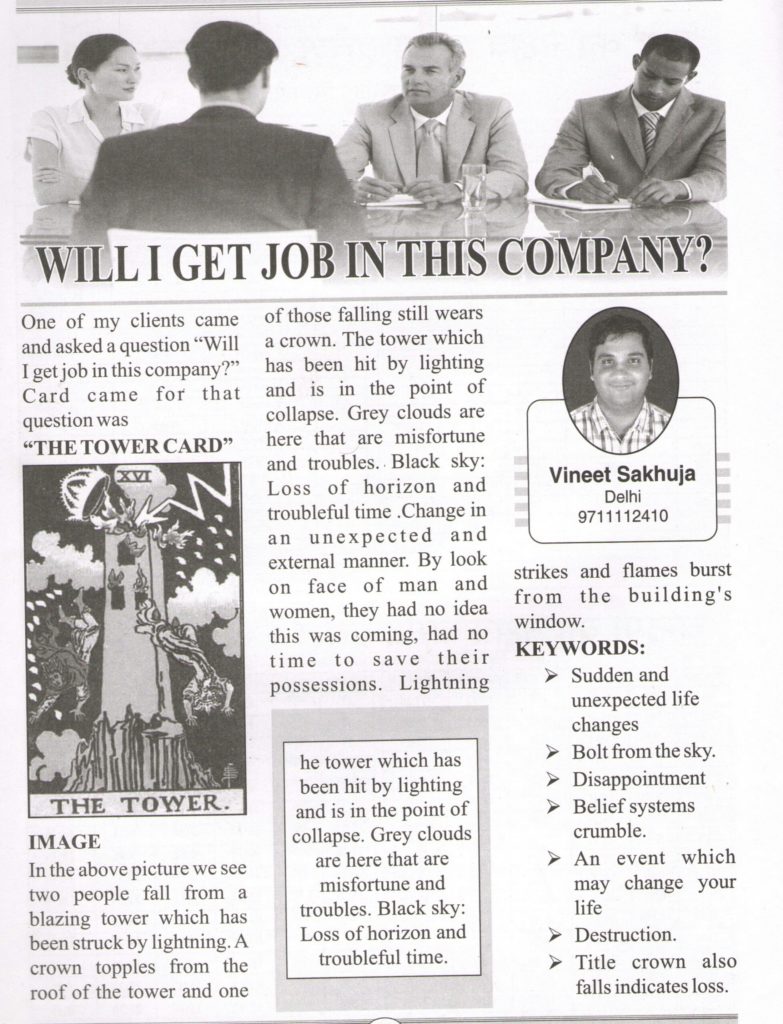 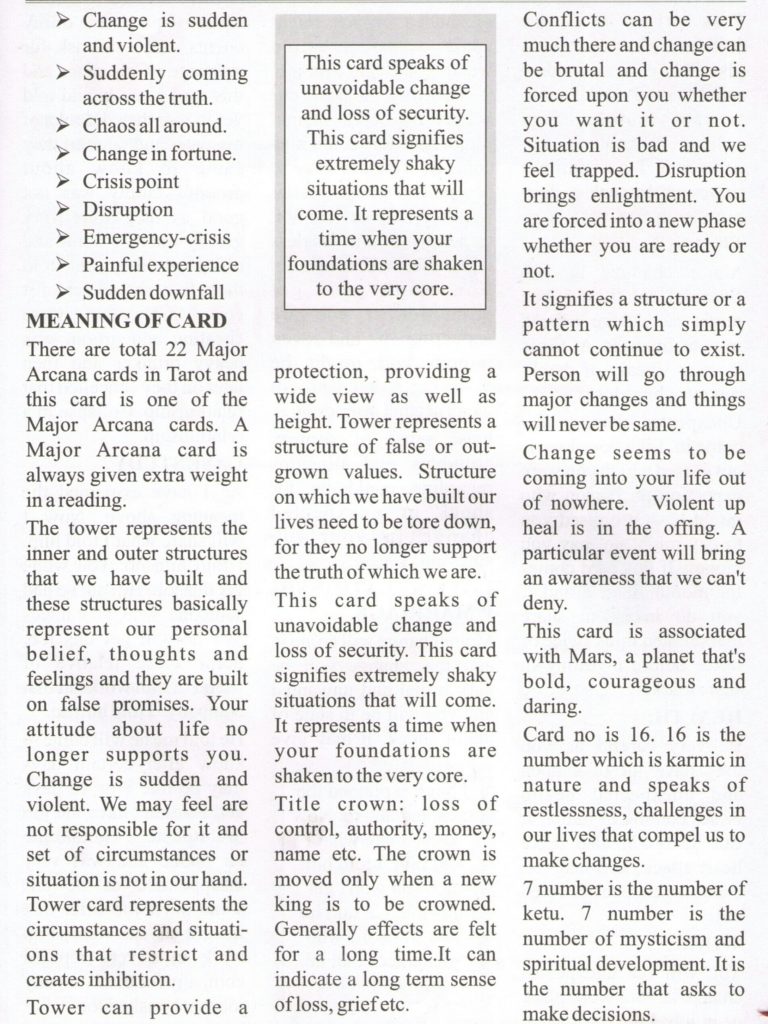 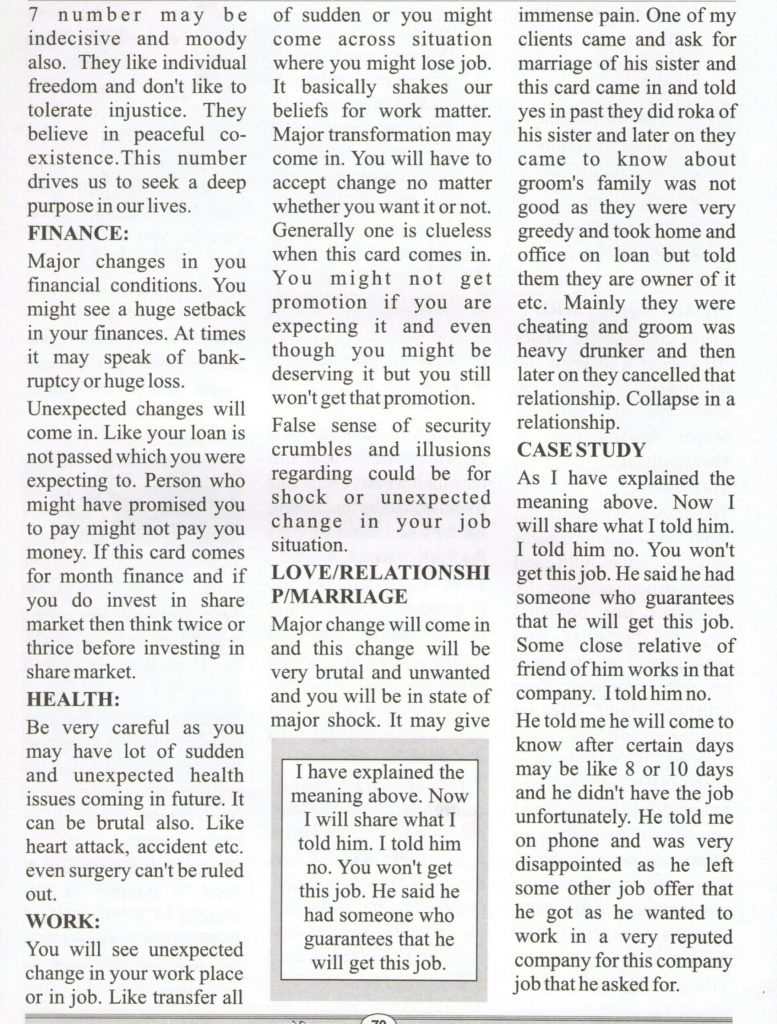 Once you subscribe you will get all the notifications on your email id.

Read my popular Articles by Astrology and Tarot:

How to read Tarot Cards easily

Prediction by Tarot and Astrology

Marriage Prediction- By Tarot and Astrology

Book Your Tarot and Astrology Reading: